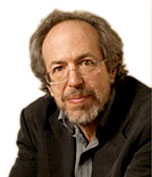 Lee Smolin is a theoretical physicist who has been since 2001 a founding and senior faculty member at Perimeter Institute for Theoretical Physics. His main contributions have been so far to the quantum theory of gravity, to which he has been a co-inventor and major contributor to two major directions, loop quantum gravity and deformed special relativity. He also contributes to cosmology, through his proposal of cosmological natural selection: a falsifiable mechanism to explain the choice of the laws of physics. He has also contributed to quantum field theory, the foundations of quantum mechanics, theoretical biology, the philosophy of science and economics. He is the author of more than 150 scientific papers and numerous essays and writings for the public on science.

Smolin’s main contributions to research are so far to the field of quantum gravity. He was, with Abhay Ashtekar and Carlo Rovelli, a founder of the approach known as loop quantum gravity, but he has contributed to other approaches included string theory and causal dynamical triangulations. He is also known for proposing the notion of the landscape of theories, based on his application of Darwinian methods to Cosmology. He has contributed also to the foundations of quantum mechanics, elementary particle physics and theoretical biology. He also has a strong interest in philosophy and his four books, Time Reborn, Life of Cosmos, Three Roads to Quantum Gravity and The Trouble with Physics are in part Philosophical explorations of issues raised by contemporary physics.

The Trouble with Physics, 2006 Mariner Books.

The Life of the Cosmos, 1997 Oxford University Press (in the USA), Weidenfeld and Nicolson (in the United Kingdom).