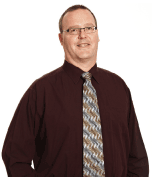 Robert M. Corless is an emeritus professor in the School of Mathematical and Statistical Sciences at Western, first appointed in 1987. He was born in Prince George, British Columbia. His background is mechanical engineering, numerical analysis, and computer algebra. He was the Editor of the Bulletin of the Special Interest Group on Symbolic and Algebraic Manipulation (SIGSAM) (Communications in Computer Algebra, a publication of the Association for Computing Machinery, and was later Chair of SIGSAM. He was the Chair of the Department of Applied Mathematics from 2002 till 2007. Though an active researcher and speaker, he is also intensely interested in teaching, especially in the influence and utility of technology in teaching, when properly used. He holds honorary appointments in both the Department of Computer Science and in the Department of Philosophy.

One of the founders of a field of computational mathematics known as numerical nonlinear algebra, Robert Corless’s multi-disciplinary background has enabled him to make contributions to many areas, including flow-induced vibration, non-linear dynamics and computer algebra. His most highly-cited works are those on the Lambert W function, co-authored with D.E. Knuth, David Jeffrey and others.

For a list of publications by Rob Corless, please refer to his Google Scholar profile.