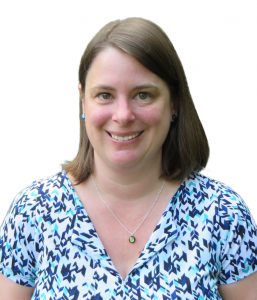 Doreen Fraser is an Associate Professor in the Department of Philosophy at Waterloo University, an associate faculty member of Rotman Institute of Philosophy, and an affiliate member of the Perimeter Institute for Theoretical Physics, Waterloo. Her areas of interest include: philosophy of physics, philosophy of science, applicability of mathematics, analogies, and history of physics (especially 17th, 19th and 20th Centuries).

Much of my current research is centered around the role that applied mathematics and analogical reasoning have played in quantum field theory. From the application of Fock space representations and Feynman diagram techniques to spontaneous symmetry breaking to renormalization group methods, many breakthroughs in twentieth century physics are traceable to mathematical formalisms being traded back and forth between particle physics and condensed matter physics. In recent publications I have argued that purely formal analogies were behind some of these successes. I am writing a book (under contract with OUP) that traces the implications for scientific realism, explanation, and the interpretation of quantum field theory, and advances new accounts of applied mathematics and analogical reasoning.

I am the PI on the SSHRC Insight Grant-funded project “How Mid-Level Theoretical Frameworks Are Used to Develop New Theories in Physics.” Mid-level frameworks such as analytical mechanics or the spontaneous symmetry breaking paradigm are neither entirely abstract (e.g., pure mathematics) nor entirely concrete (e.g., a model for a particular type of system, such as a pulley or the Higgs boson). The ultimate goals of this project are to glean methodological lessons about how to successfully employ mid-level frameworks and to apply these methodological lessons to current programs for formulating new theories of quantum gravity and particle physics.