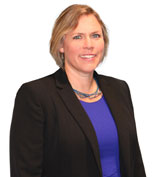 Sarah Gallagher is a Professor in Physics and Astronomy and the Science Advisor to the President of the Canadian Space Agency. Her research focuses on studying growing supermassive black holes at the centres of distant galaxies and the interactions between galaxies in crowded environments. She has over 100 refereed papers that include data from 10 different space observatories, and her research has been recognized with an Ontario Early Career Researcher Award and a Western University Faculty Scholar Award.  She regularly speaks to the public of all ages about black holes and other wonders of the universe.  As a federal departmental science advisor, she is engaged on issues related to science policy and open science and was a co-founder of CanCOVID, the rapid-response research network established to support the Canadian pandemic research response effort.

I am an extragalactic astronomer with an inclusive attitude towards the electromagnetic spectrum. I’ve used observations from the radio through the X-ray to study quasars (actively growing supermassive black holes) and compact galaxy groups. The growing black holes powering quasars are found in the centres of distant galaxies, and a quasar can outshine all of the stars in its galaxy a thousand times over. While they are growing, quasars often also spew out material at high speeds in energetic winds. My research focuses on understanding the relationship between black hole growth and winds, the properties of these winds, and their interactions with their host galaxies. A compact galaxy group comprises a handful of large galaxies within a few galaxy radii of eachother. As a result, the galaxies undergo repeated gravitational encounters that alter their shapes and star formation histories over time. In addition to being spectacularly beautiful, this unusual environment allows our team to study how cold gas – the fuel for star formation – is processed while being pushed and pulled by multiple galaxies in close proximity.

Brief Description: Cosmology is different from other areas of the physical sciences, both in its subject matter – the universe as a whole – and in the tools we use to study it. Standard experimental and theoretical methods used throughout the rest of the physical sciences have little traction in cosmology, where we have only one universe to study and many of the features of greatest interest are removed from us in space and time. These methodological difficulties, coupled with the profound importance of understanding the history and structure of the universe, make cosmology an urgent subject for philosophical research.