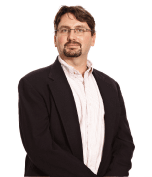 Professor Hill began his intellectual career in mathematics before moving to history and philosophy. He has long been interested in Lockean empiricism and the connection between sensory-based beliefs and the possibility of scientific knowledge. He believes that the historical study of thinkers and their ideas can have a direct effect on understanding – and critiquing – our current conceptions, because detailed and historically informed investigations of the past reveal possibilities that are currently blocked or obscured by contemporary commitments. He believes that this is all the more important when it comes to topics such as our epistemic values and our commitments to the possibility of scientific knowledge.

“Why We Can No Longer Rationally Believe that our Intellective Soul is a Substantial Form: On the Degringolade of the Simplicity Argument,” The Proceedings of the American Catholic Philosophical Association: Intelligence and Philosophy of Mind, 80 (2006): pp. 127-139.

“What Hylas should have said to Philonous: A Problem with Berkeley’s Account of Perceptual Error,” Southwest Philosophy Review 16 (2000): pp. 23-31.