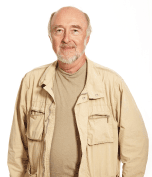 John Nicholas started out in Chemistry, and migrated to Physics and Philosophy when given the opportunity to mix the science with both history and philosophy of science. Unsurprisingly, his outlook on philosophical problems is very scientifically oriented. He is particularly interested in the epistemology of science, and, where the sciences are authoritative, he would like to know more about what makes scientific information so credible?

Overall, he is convinced that the best we can do in being rational, is to have prudent ways of dealing with uncertainties, rather than taking ourselves to have proved things without doubt. the latter expectation derives from an historical period when our expectations for our knowledge were often propelled by religious beliefs adopted without reservation – dogmatically. Rather, as the ancient Skeptics used to say, ‘Probability is the Guide to Life”.

Partly as a result of this line of thinking, Nicholas has spent a lot of time looking at how statistical methods function in the sciences, where the probabilities are up, front and centre. This has prompted him to embrace a Pragmatist epistemology, in which beliefs are ‘partial’ and find their proper application in practical action rather than in mere ‘thought’ abstractly conceived.

In his long career at Western, Nicholas spent many years closely connected with the Department of History of Medicine, and spent five years as its Chair. He worked then on history of physics, and the history of randomized clinical trials in medicine. More recently, he has been examining how Pragmatist Philosophy of Science should exactly specify the role of truth as a goal of science, which turns out to be surprisingly difficult. He is also studying the philosophy of perception, and learning as much cognitive neuroscience as he can.

John Nicholas endorses an extreme pragmatism, and is currently working on pragmatist approaches to the epistemology of science. He is interested in the consequences of using statistical inference as a guide to the character of induction more generally, and sympathetic to Jerzy Neyman’s view that induction is rather more “inductive behaviour” than “inductive inference”. Implicitly, standard forms of statistical inference are essentially value laden. Even when statistical thresholds are set by mere convention, there is an implicit judgment made about the values to be assigned to different kinds of errors.

As part of his pragmatist inquiry, Nicholas is looking at options for the role of truth, understood as the goal of inquiry. As William James pointed out, it doesn’t do to say the truth is the goal of inquiry. One has to find an equilibrium between gaining truth and avoiding falsity, and it’s not obvious that there’s an easily decided principled basis for relatively weighting those two goals. There are also interesting arguments that other factors have to included than truth value. If truth were the only desideratum, than believing a tautology and believing (a true) General Theory of Relativity would be equally preferably, and so some writers add information as a factor. This again invites questions of trade offs between truth and informativeness.

The most extreme Pragmatist position is that we dispense with truth as traditionally conceived, and allow that what we pursue in inquiry is ‘cash value’, so to speak. How this might made plausible, while retaining the ‘spirit’ of truth pursuit despite discarding the ‘letter’, is a central target of Nicholas’ work in this area.

In perception, unfashionably, Nicholas is a sense datum theorist, who believes that it is sensations that are the bearers of colour properties. He’s looking at the various kinds of multimodal sensory sites which have been indentified in the brain.

“Induction and Scientific Assertion”, Dalhousie University, Canadian Society for History and Philosophy of Science, Halifax, May 2003.

“Performance Science: Induction as Communication”, Brock University, Meetings of Canadian Society for the History and Philosophy of Science, June 1996.

“Integration vs Modularity in Vision”, University of Manitoba, Canadian Society for History and Philosophy of Science, Winnipeg, May 2004.

“Induction and Scientific Assertion”, Dalhousie University, Canadian Society for History and Philosophy of Science, Halifax, May 2003.

“If not the pineal gland, then where? Consciousness in a neural archipelago”, Universite Laval, Canadian Society for History and Philosophy of Science, May 2001

“Mechanical Senses, Mechanical Phenomena: The Role of the Theory of Perception in Descartes’ Grounding of the Mechanical Philosophy”, University of Sherbrooke, Canadian Philosophical Association, May 1999.