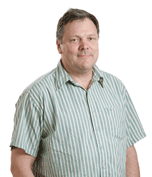 Professor Mark Perry earned his LLB at the University of Manchester, England in 1976. He went on to receive both a Diploma in Computer Science and a Master’s of Jurisprudence from the University of Auckland. He was admitted to the Canadian Bar in 2003. Throughout his career, Perry has held a number of professorship positions, teaching in Western University’s Law and Computer Science Departments, as well as at the University of Auckland’s Faculty of Law. Building on his accomplished career in academia, Perry served as the Associate Dean of Research at Western Law and was also cross-appointed to the Department of Computer Science. His research concentrates primarily on the intersection between law and technology, focusing on Open Innovation, intellectual property rights, licensing and biotechnology law. He has published extensively in these areas, both in Canada and internationally. Most recently he co-authored and edited the book Knowledge Policy for the 21st Century: Legal Perspectives. He continues to serve as a visiting adjunct professor at Queensland University in Brisbane, Australia. Besides lecturing at his university appointments, Perry is regularly invited to speak on his areas of expertise at a variety of conferences and symposiums across Europe, India, China, New Zealand and other international locations.

Mark Perry’s legal research remains focused on the intersection of law and technology. In the field of computer science, his research focuses primarily on open source software and licensing. Another branch of Perry’s research focuses on biotechnology, biotechnology regulation and intellectual property rights in general. Throughout his work, Perry examines issues and topics from both a Canadian and international perspective.

Perry, M., (2018) “Copyright and (Dis)harmonisation: Can Developing Nations Prioritise Their Own Public Good in a Global Copyright Hegemony?” In Gilchrist J, Fitzgerald B, Copyright, (eds) Property and the Social Contract: The Reconceptualisation of Copyright.Springer.