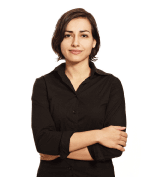 Angela Mendelovici’s research is on intentionality––roughly, the “aboutness” or “ofness” of mental states. Her main line of research develops and defends the view that intentionality arises from phenomenal consciousness (see especially her monograph The Phenomenal Basis of Intentionality, OUP, 2018). Other aspects of her research concern the extent to which our perceptual experiences and thoughts accurately represent the world, how representational states can be derived from other contentful states, and how the mind connects to the external world in an epistemically meaningful way.

For a current list of publications, please visit http://publish.uwo.ca/~amendel5/publications.html.