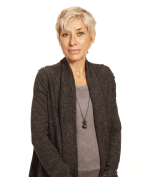 Dorothea Olkowski is a philosopher with broad, intersecting philosophical interests.  Her current work on the mathematical and scientific frameworks of phenomenology and postmodern philosophy reconnects these philosophical methodologies to analytic philosophy of language.  She is also exploring and writing about the relation between these frameworks and ethics, especially with respect to models for feminist ethics.  She has examined and written about the correlations between models of the individual derived from classical physics and models of the individual in political philosophy and ethics.  She is developing a model of persons that correlates with quantum models of causal networks.  She is also interested in whether or not work in cognitive science can be correlated wit the causal network model.  Dorothea is a member of Rotman Institute and a member of the Steering Committee of the UNESCO International Network of Women Philosophers, as well as Director of the Interdisciplinary Cognitive Studies Program at her home institution.

My research is dedicated to hidden areas of unresolved tension in contemporary philosophy.  Working under the supposition that human beings are evolving (albeit slowly), I am searching for new ways to frame and address classic ontological questions.  This involves a willingness to recognize that structures operating on some scales and in some contexts are not necessarily universal, and that there are different scales for different contexts.  Contrary to common wisdom, I believe that many current ethical, political, social and environmental problems arise from human behavior because, with a few exceptions, philosophers, social scientists and even many natural scientists, have not moved forward from the classical view of nature and life, both human and non-human.  Although reason is not the culprit here, new views coming from cognitive science indicating that reason without emotional intelligence is limited and misguided, seem to me to be indicators of where we need to go.

First of all, I am working with the hypothesis that this new view of reasonable emotion or affective reasoning does not fit well with the classical view of humans as rational animals with innate formalist logics and universal principles, whether physical, cognitive, or ethical.  Everywhere we turn, whether in analytic or continental philosophy, we find antinomies and aporias.  The realization that both kinds of philosophy are bogged down has led me to search for and make use of an alternative logic, notably Intuitionistic logic, which forgoes the law of the excluded middle.  Without sacrificing true and false propositions, it allows for indeterminacy with respect to the future.  Thus, unlike classical science and formalist logics, it allows for temporal and not only spatial thinking.

Secondly, this view of human nature as reasonably emotional or affectively rational calls for new definition of persons.  Rather than the idea of an abstract individual, derived from the classical, physical conception of bodies in motion in accordance with deterministic laws governing that motion (a conception utilized to devise everything from political constitutions to economic systems, to social interactions), I am developing a concept of human beings (and non-human beings) as crowd phenomena.  What I mean by this is that they are not atomistic, isolated individuals governed by external forces.  Instead, I am working on the idea that humans are mutually influencing intersecting and overlapping networks, internally related through their neurophysiological sensibilities.

“Are We All Cyborgs Now? Structure, Vital Form and the Cyborg,” in Merleau-Ponty, Tomorrow, Chiasmi International, Trilingual Studies Concerning the Thought of Merleau-Ponty, No. 18, 2017: 183-196.

“Is Capitalism Determined? Deleuze and Guattari Between Capitalism and Calculus,” British Journal of Phenomenology, Vol. 45, Issue 2, 2014: 91-106.

“Using Our Intuition, Feminism and the Future of Phenomenology,” in Feminist Phenomenology Futures, Helen Fielding and Dorothea Olkowski, (eds.), 2017.

“In Praise of Philosophy,” Philosophy for the Curious: Why Study Philosophy? Simon Blackburn (ed.) The Curious Academic Press, 2017. http://bit.ly/philosophymajor