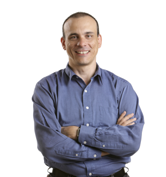 Charles M. (Chad) Heilig, Ph.D., is the Associate Director for Data Science in the CSELS Office of the Director. This new role will help CSELS apply and integrate data sciences in public health practice and research to better serve the CDC science community around data and surveillance issues, support the CDC Surveillance Strategy, ensure ethical stewardship of our many data repositories, and promote efforts to analyze, interpret, and present evidence from data. Chad came to us from the Division of Tuberculosis Elimination, where he served as Lead Methodologist of the Data Management and Statistics Branch. There he led planning and integration of data sciences within DTBE, mentored students and fellows in data sciences, and spearheaded Tuberculosis Trial Consortium efforts to strengthen the design, analysis, inference, and interpretation of clinical trials for treating latent and active tuberculosis. Previously, Chad worked within the Office of the Chief Science Officer (now the Office of the Associate Director for Science) on research ethics and human subject research protections and with the Division of Reproductive Health on issues around the health of women with or at risk for HIV.

Chad received his PhD in statistics at the University of California, Berkeley, in 1997. From 1997 through 2004, he worked in CDC’s Division of Reproductive Health. From 2005 through mid-2007, he oversaw CDC’s human research protection program in the Office of the Director. From 2007 to 2018, he was with the Division of Tuberculosis Elimination, where he served as the lead methodologist for the Tuberculosis Trials Consortium in the Clinical Research Branch. He has a particular interest in mentoring fellows and students.

I primarily collaborate as a research methodologist with a variety of scientists in tuberculosis clinical research as part of the CDC-sponsored Tuberculosis Trials Consortium (TBTC, www.cdc.gov/tb/topic/research/tbtc/) and other projects in the Division of Tuberculosis Elimination (www.cdc.gov/tb/). Our interdisciplinary efforts include scientists in medicine, epidemiology, pharmacology, microbiology, and statistics.

I also collaborate with philosophers and ethicists on the implications of underdetermination in clinical research, research ethics, and ethics in public health surveillance.

Heilig CM, Weijer C. “A critical history of individual and collective ethics in the lineage of Lellouch and Schwartz.” Clinical Trials 2005; 2: 244–253.