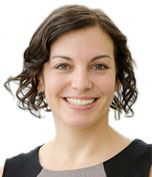 Elisa A. Hurley, PhD, is the executive director of Public Responsibility in Medicine and Research (PRIM&R), leading the organization in the execution of its mission to advance the highest ethical standards in the conduct of research through educational programming, professional development opportunities, and public policy initiatives serving the human subjects protections and animal care and use communities. In addition to directing the strategic, programmatic, and operational activities of the organization, Elisa writes, lectures, and teaches on issues in human subject protections and research ethics. She is a moral philosopher by training. Prior to arriving at PRIM&R in December 2010 as its education director, she was an assistant professor of philosophy at The University of Western Ontario (now Western University), where her research and teaching focused on biomedical ethics, metaethics, and moral psychology. Dr. Hurley received a BA in philosophy from Brown University, a PhD in philosophy from Georgetown University, and held a Greenwall Fellowship in Bioethics and Health Policy at the Johns Hopkins Berman Institute of Bioethics and Georgetown University’s Kennedy Institute of Ethics.

Elisa Hurley’s recent work focuses on human subjects protections and research ethics. She is the author of “Modernizing the Common Rule: Public Trust and Investigator Accountability” in the American Journal of Bioethics(2017); co-author of a chapter on public trust and biospecimens research in Specimen Science: Ethics and Policy Implications (MIT Press, 2017); and co-author of a chapter on the past and present of human subject protections in Human Subjects Research Regulation: Perspectives on the Future (MIT Press, 2014).

Elisa’s earlier work lay at the intersection of value theory and philosophy of mind, and encompassed questions in meta-ethics, moral psychology, bioethics, and feminist ethics. It explored connections between our distinctively human capacities to experience certain affective psychological states, and the fact that we encounter and navigate a world that is filled with value. In one project, for instance, Elisa looked at whether the contribution of our emotional states to moral understanding and agency might have ethical implications for new developments in psychopharmacology. She examined the implications of using drugs such as beta-blockers to blunt the emotional impact of traumatic memories for both individual moral agency, and for our collective responses to violence and the socio-political conditions that support it.

Hurley, E. A.,Review of Robert Klitzman, Am I My Genes?: Confronting Fate and Family Secrets in the Age of Genetic Testing (Oxford University Press, 2012). Journal of Empirical Research on Human research Ethics (JERHRE)9 (1) (2014): 96-97