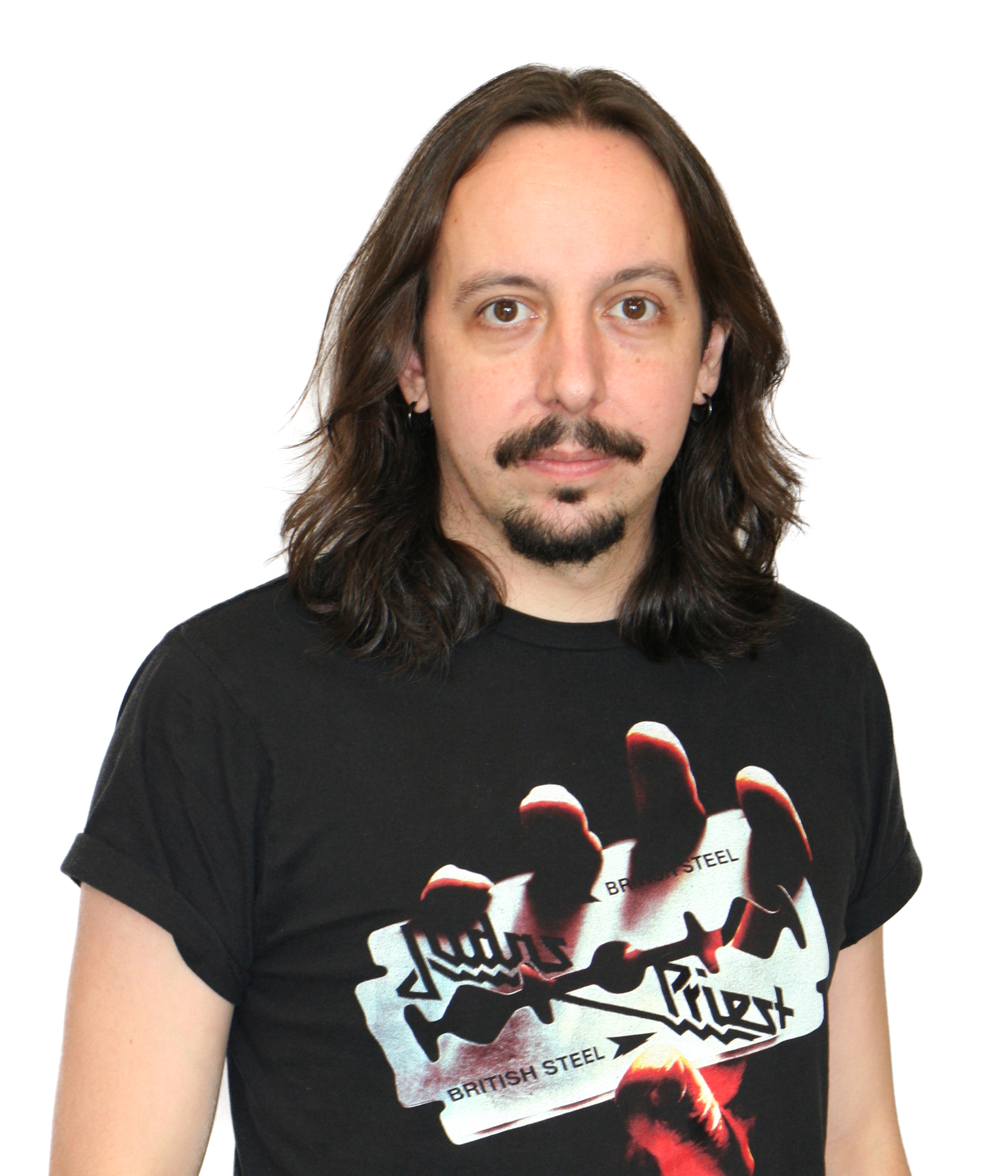 My main research interests are distributed among philosophy, experimental psychology, and plant science. Within philosophy, I’m mostly interested in the philosophy of the cognitive sciences and the history and philosophy of science. I work on radical embodied approaches to the sciences of the mind trying to provide a story about the role of the brain in perceptual, motor, and cognitive events. To do so, I bring together tools from ecological psychology, neural reuse, and dynamic systems, among others. I’m also interested in the philosophical maneuvers that underlie the historical development of diverse embodied approaches to science.

In terms of experimental psychology, I’m interested in the analysis of behavior using different tools provided by dynamic systems theory. Particularly, I’m interested in plant behavior and how the tools classically used to analyze human/animal behavior can be also applied to the study of the movements exhibited by different kind of plants. In the last years, I’ve pursued this research at the department of psychology at University of Cincinnati and as a collaborator of the MINT Lab, at University of Murcia (Spain).

My research is both philosophical and empirical, centering on four fundamental issues: the historical and conceptual analysis of embodied cognition; the development of a cognitive architecture based on ecological psychology; the use of complex systems theory to the study of plants as minimally intelligent agents; and an embodied approach to the use and design of virtual reality, augmented reality, and sensory substitution devices. The common framework for these four issues is the implementation of insights from embodied cognition and complex systems theory to fields within cognitive science that are still dominated by cognitivist theories. My research demonstrates the suitability of embodied cognition to develop explanations, new methodologies, and better research devices in the sciences of the mind.

Historical and Conceptual Analysis of Embodied Cognition. A substantive part of my philosophical research is centered on embodied cognition, its significance, and its historical development. Several authors have raised some challenges to embodied cognition and have charged embodied approaches to cognitive science as empirically irrelevant or even meaningless. My work stands against this kind of claim and tackles the issue of embodiment from various perspectives. From a historical perspective, my work analyzes the philosophical maneuvers underlying embodied cognition and its explanatory strategies, which allows me to connect contemporary embodied cognitive science with, for example, some of the key features of the 17th century scientific revolution. This fact reinforces the idea of embodiment as scientifically significant. I also do research on the development of concrete paradigms for embodied cognition and their inheritance from previous psychological and philosophical movements such as Gestalt psychology or phenomenology. Moving to the present, I address conceptual and empirical issues of embodied approaches to cognitive science regarding specific topics, such as multi-modal sensation and perception, consciousness, navigation with sensory substitution devices, or theoretical relations between psychology and other sciences. The overarching goal of these projects is to motivate the idea that adopting and embodied-embedded approach is scientifically significant and will provide a cohesive framework for the sciences of the mind.

Ecological Cognitive Architecture. Ecological psychology is at the center of my theoretical and methodological training in experimental psychology. By re-describing the role of the environment and the organism in perception-action events, Gibson shifted the goal of experimental psychology to the discovery of lawful relations at the level of organism-environment interactions. Thus, psychological explanation remains ecological and does not appeal to intra-organismic mechanisms (e.g., computation). One of the main concepts introduced by Gibson to allow for an ecological re-description of perception and action is resonance, which is his name for the activity of the CNS in those events. The primary aim of my dissertation and, consequently, of my research, is the development of an ecological cognitive architecture based on resonance and compatible with other tenets of ecological psychology. My work in this field uses neural reuse as a framework and a multi-scale fractal dynamics systems methodology based on concepts such as self-organized criticality and metastability. The final goal of this research is to offer a cognitive architecture to account for cognitive phenomena at different levels (brain, body, and environment) from an embodied, ecological standpoint and using the tools offered by complex systems theory (e.g., dynamical modelling and analyses, fractal analysis, and so on). This is the most critical issue embodied approaches to cognition have to deal with nowadays, and positions my work beside cutting-edge research programs such as the sensory-motor approach to perception or radical embodied cognitive neuroscience. In this project, I work with neural networks and minimal cognitive agents (e.g., robots), so it is great for student mentoring.

Plants as Minimally Intelligent Agents.One of the consequences of taking an embodied approach to cognitive science is that cognitive explanation becomes less and less brain centered. This fact opens the possibility for an account of intelligent behavior of organisms with a very simple CNSs and even of organisms lacking a CNS, like bacteria and plants. The latter are the object of one of my research projects: using tools from ecological psychology and complex systems theory, I study plant communication and control of behavior and its significance for the guiding paradigms of cognitive science and neuroscience. I started my work on plant behavior as a visiting researcher at MINT Lab (University of Murcia, Spain) during Summer 2015. While I was a visiting researcher I worked on two main projects: route selection by maize roots and climbing beans’ approach behavior to a climbable support. I was trained in the proper methodologies for the research on plant signaling and behavior: experimental setup for growing plants, camera obscura settings for experimenting with roots, time-lapse recording, etc. I continued working on my own project, The Bean Project, at University of Cincinnati’s (UC) Perceptual-Motor Dynamics Lab starting in 2016. I received a UC GSGA Research Fellowship to fund my project in Spring 2017 that, among other activities, allowed me to visit University of Edinburgh (Scotland) for a time-lapse and tau-analysis training course in February 2017. Currently, as part of a masters in experimental psychology, I am in the process of developing a non-reductive, non-mechanistic, and nonlinear dynamical model of climbing beans’ behavior when they approach a pole for climbing support. This is a very innovative research that offers many opportunities for new experimental designs and that is perfect for mentoring advanced undergraduate students in lab research and mathematical modeling.

Virtual Reality, Augmented Reality, and Sensory Substitution.We are witnessing an increasing usage of technologies such as virtual reality or augmented reality in psychological research. This is interesting at many levels. First, it opens new opportunities for empirical research. For example, by allowing for new experimental settings or novel approaches to the understanding of psychological phenomena. Second, one potential consequence of the use of these technologies, along with sensory substitution devices, is that the mind is not necessarily tied exclusively to the brain or the body. This topic is often discussed in philosophical circles in terms of “extended mind” or “extended cognitive systems”. As a research assistant at UC’s Perceptual-Motor Dynamics Lab (2014-2015), I worked in an experiment on navigation via a sensory substitution device called the Enactive Torch where these ideas were in play. And third, because psychological research itself is informative regarding the design of virtual reality, augmented reality, and sensory substitution devices. In my work, I propose an innovative design strategy for these devices, especially for augmented reality ones, based on concepts and empirical evidence from ecological psychology and complex systems theory (e.g., affordances, optic flow, attractors, and so on). Currently, my colleagues and I are making the first move towards the implementation of these ideas in a newly developed device.

To summarize, following from my previous and current work investigating and developing embodied accounts of the mind and their implementation in diverse fields of psychology and cognitive science, I have a number of projects in progress. First, I will further develop the theoretical and historical aspects of embodied cognition and its significance in the contemporary sciences of the mind. Second, I will continue the development of an ecological cognitive architecture based on neural reuse as a framework and multi-scale fractal dynamic systems as a methodology. Third, with my collaborators in U. of Murcia’s MINT Lab, we will continue analyzing plant communication and control of behavior using tools from complex systems theory. Fourth, I will continue investigating the design of virtual/augmented reality, and sensory substitution devices by empirical means.

Raja, V. (2018, September). Self in Movement, Self is Movement. Open Self Berlin 2018. Technical University of Berlin, Germany. (Poster).

The discovery that parts of the brain are functionally complex, that networks are more nested and that connectivity is more dynamic than previously thought, has engendered a revolution in neuroscience and philosophy of neuroscience. Dr. Anderson’s current research programme is organized around two themes: Exploring the role of constraint in structure-function relationships, and Reforming the taxonomy of psychology. Taken together, work on these themes will lead to the development of the interpretive framework and conceptual structures needed to support rapid advances in cognitive and clinical neuroscience for the 21st Century.

Fall, 2017, Introduction to Theory of Knowledge, University of Cincinnati (Instructor)