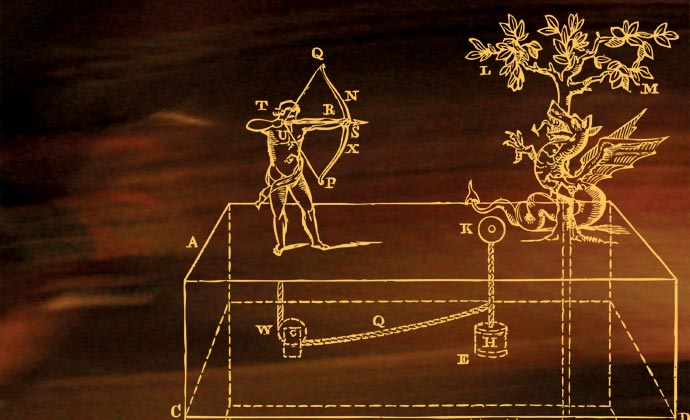 Sylvia Berryman: How Many Philosophers Does It Take To Haul A Ship? Thoughts on the Philosophical Reception of Ancient Greek Mechanics

Sylvia Berryman’s talk focuses on ancient Greek mechanics, which were so crucial to the emergence of the ‘mechanical world picture’ and the New Science in the seventeenth century. These same mechanics also provoked philosophical responses from the philosophers of late antiquity. By observing responses to Aristotle’s ‘ship hauler’ problem, Berryman will reveal a new picture of the reception of mechanics in ancient Greek natural philosophy. Berryman has received fellowships and grants from the Center for Hellenic Studies, the National Humanities Center, the Institute for Advanced Study Princeton, the National Science Foundation and SSHRC. Her research interests centre on ancient Greek natural philosophy and the impact of Greek science on natural philosophy: published papers consider the philosophical reception of optics, mechanics, medicine, pneumatics, as well as theories of mixture, qualities, causation and teleology.

Besides ancient philosophy, Berryman has teaching interests in applied ethics and the challenge of extreme poverty. She has been integrating service learning experiences in ethics teaching, both in Vancouver-based courses and as directer of a new Global Citizenship Term Abroad to Guatemala in fall 2009. Her most recent book is The Mechanical Hypothesis in Ancient Greek Natural Philosophy (2009).