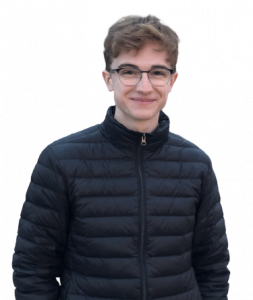 I am an MA student in the Department of Philosophy at Western, pursuing a research project on the use of philosophical thought experiments in historical and contemporary attempts to justify metaphysical dualism. I graduated with a BA (Hons.) in Philosophy and the History of Science & Technology from the University of King’s College in Spring 2020, with an honours thesis (supervised by Dr. Greg Scherkoske) on flaws with traditional moral error theory – the theory that all moral judgements are untrue. I am currently working on a paper analyzing and critiquing the philosopher of science Quayshawn Spencer’s attempts to define a biological concept of race, and am in the midst of a collaborative student research project on the collections of French-Canadian archaeologist Henri-Marc Ami. My research interests are very broad, but I have a particular passion for questions about scientific and philosophical methodology; how do scientists and philosophers approach problems and justify their solutions, and can we trust them?

My proposed thesis topic concerns three philosophical thought experiments for dualism: Ibn Sina’s “flying man”, Descartes’ “demon”, and Chalmers’ “zombies”. Each of these authors claim in related ways that we can conceive of the mind and body as separate, leading them to conclude that such a separation is possible, and indeed, actual. Focusing primarily on Chalmers and drawing in particular from Berto and Schoonen (2018) and Kung (2016), I contend that these authors all commit what I call a fallacy of stipulation, wherein one implicitly stipulates certain features of an imagined counterfactual situation in order to draw modal conclusions (conclusions about what is possible and what is not) which do not hold. My line of argument goes something like this:

I am thus arguing that the conceivability thesis is false.

I am also currently working on a paper concerning Quayshawn Spencer’s OMB race theory, as most recently propounded in What is Race?: Four Philosophical Views (2019). Spencer argues that races are genuine biological entities corresponding to human continental populations, and that these populations match those listed in the U.S Office of Management and Budget’s (OMBs) racial classification scheme (which appears on the U.S. Census). Furthermore, Spencer claims that OMB race talk is ordinary, and thus that one ordinary way of dividing among races is biologically respectable. I note that there are two ways we can understand the idea of a race talk’s being “ordinary”: either (1) it captures or constitutes the way ordinary people conceive of race, or (2) it is (a) widespread and (b) party to a process of semantic deference. I argue that Spencer’s OMB race theory is only defensible if he adopts the view that OMB race talk is ordinary in the second way, conditional on his also adopting a minimalist interpretation of semantic deference. If he takes this route, however, his argument is drained of its normative juice – he is left unequipped to say anything about how ordinary people in the US conceive of and live their race.

My third ongoing project is a collaborative effort between myself and five peers from the King’s History of Science and Technology program. We are doing an object study on a box of archaeological specimens found in the King’s archives in Summer 2019. Our study asks such questions as: What makes an object meaningful, or meaningfully Canadian? Is it ethical for us and other institutions with portions of the Ami collection to keep them, considering the objects’ lack of both provenance and provenience? How can studying the Ami collection qualify the traditional Latourian centre-periphery narrative of science? Our paper has been pre-accepted for publication in Scientia Canadensis, and will hopefully be ready in the coming months.

“Colour and the Argument from Illusion.” Stance: An International Undergraduate Philosophy Journal 12 (2019): 13-19. https://www.stancephilosophy.com/2019.

Yetman, Cameron, Cédric Blais, Adam Gemminck, Noah Kay, Megan Krempa, Antoine Mercier, and Mélanie Frappier. “Digging up the past: Reflections on the role of provenance studies in the history of science.” Canadian Society for the History and Philosophy of Science (2020), Western University (Accepted – conference cancelled due to COVID-19).