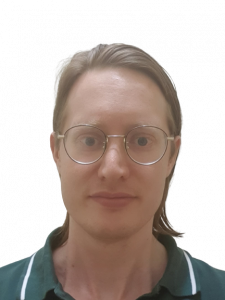 I am a research associate in theoretical philosophy at the University of Bremen, as well as a Young Fellow of the Hamburg Academy of Sciences and Humanities. From 2020-21, I was a postdoctoral fellow at the Rotman Institute of Philosophy, working on the New Directions in Philosophy of Cosmology Project (PIs: Prof. Chris Smeenk and Prof. Jim Weatherall (UC Irvine)). I continue to stay affiliated to the project group for another year. In the context of the New Directions in Philosophy of Cosmology Project, I mainly work on wave propagation in space-time, issues of singularities and the relationship between general relativity to other (classical or quantum) gravitational theories.

Within my PhD project at the University of Geneva — supervised by Prof. Christian Wüthrich — I inquired into the basic strategies and conceptual obstacles for formulating a theory of quantum gravity. My thesis entitled “Philosophy of quantum gravity as a philosophy of discovery” investigates the means we have for learning from pre-quantum gravitational theories (general relativity (GR), quantum field theory in curved spacetime (QFT in CST), semi-classical GR, and perturbative quantum GR) about quantum gravity (QG). For this, I analysed what I take to be the main sources of rationales in QG research: (1) the development and implementation of certain physical or mathematical core ideas and constraints (`principles’ such as UV completion, background-independence, minimal length, …), (2) patterns of analogical reasoning, (3) semi-classical heuristics, and (4) ideas on prescriptional theory construction (quantisation in particular). Additionally, I dealt with the question of possible conceptual constraints on formulating a theory of quantum gravity. My research took place within the Swiss National Science Foundation project “New Avenues Beyond Spacetime“ (Principal Investigator: Prof. Christian Wüthrich, collaborator: Dr. Karen Crowther); Prof. Fabrice Correia, Prof. Richard Dawid, Prof. Fay Dowker and Prof. Nick Huggett served on my committee. During the time of my PhD studies, I was also involved as a fellow in the DFG project Inductive Metaphyics within which I linked to the subproject B1 “Modality in Physics and in Metaphysics” (Principal Investigator: Prof. Andreas Bartels, Collaborator: Kian Salimkhani).