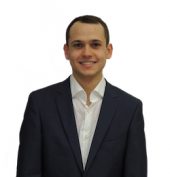 I have always studied physics for philosophical purposes. I was interested in naturalized metaphysics and epistemology in the context of specific physical theories and this drew me into history and philosophy of science. However, questions, which I take to be prior, concerning the structure of physical theories and how they represent their empirical content then drew me to quantum theory with its uniquely ambiguous structure and novel way of connecting to experiments.

I am a musician (piano and drums) and I like to read about music cognition, theory and history.

I am funded in part by a Joseph-Armand Bombardier Canada Graduate Scholarship from the Social Sciences and Humanities Research Council of Canada.

My research takes certain philosophical questions about realism, ontology and representation in quantum theory and expresses them in a well-motivated theoretical framework as straightforwardly answerable physics questions.

There can seem to be considerable freedom to choosing between different approaches to the measurement problem which offer notoriously varied accounts of why we observe determinate outcomes to experiments on quantum systems. In contrast, how quantum theory ought to recover descriptions of experimental apparatuses in the first place is highly constrained by how experimentalists in fact use quantum theory and how theorists connect quantum theories of different systems and their classical limits. This well motivated strategy is common to how most realist interpretations of quantum theory represent experiments.

Intuitively, these realist theories approximately recover such descriptions by mapping, with some wiggle room, the evolution of an ontic state associated with the entire experimental set-up to the evolution of classical variables constituting the readings of measuring apparatuses. These mappings obtain in virtue of linking principles and formal similarity. More precisely, trajectories through potentially vague ontic states (ultimately associated with families of quantum states) are supposed to functionally instantiate trajectories in the determinate values of some set of classical degrees of freedom by satisfying their associated kinematic and dynamic functional roles to various degrees. Overlap in vague ontic state space trajectories implies overlap in the family of functional roles satisfied.

This approximate dynamical strategy is hardly ever discussed in the abstract, however, I claim its clear articulation and formalization is necessary for systematically parsing and conclusively adjudicating certain issues with specific realist interpretations.

My dissertation first defines what I call an approximate dynamical model, which is more general in certain respects than an ontological model for a prepare-measure-transform fragment of quantum theory. This is noteworthy since the latter is usually taken to capture the common way that realist interpretations represent empirical content. I then touch on the nature of quantum state realism by proving results relevant to how quantum states represent ontic states in this approximate dynamical framework.

My last two chapters articulate and adjudicate what have been called the “ontological problems” with Everettian QT and collapse theories within the approximate dynamical models framework. These problems concern whether a specific ontology of the quantum state can support the emergence of determinate macroscopic degrees of freedom attributed intrinsically to bounded regions of spacetime constituting the measuring devices in experiments. However, when articulated in my framework, these questions for the ontology are clearly answerable using results in the physics literature on the required initial structure to the states and Hamiltonian for deriving aspects of the classical limit.