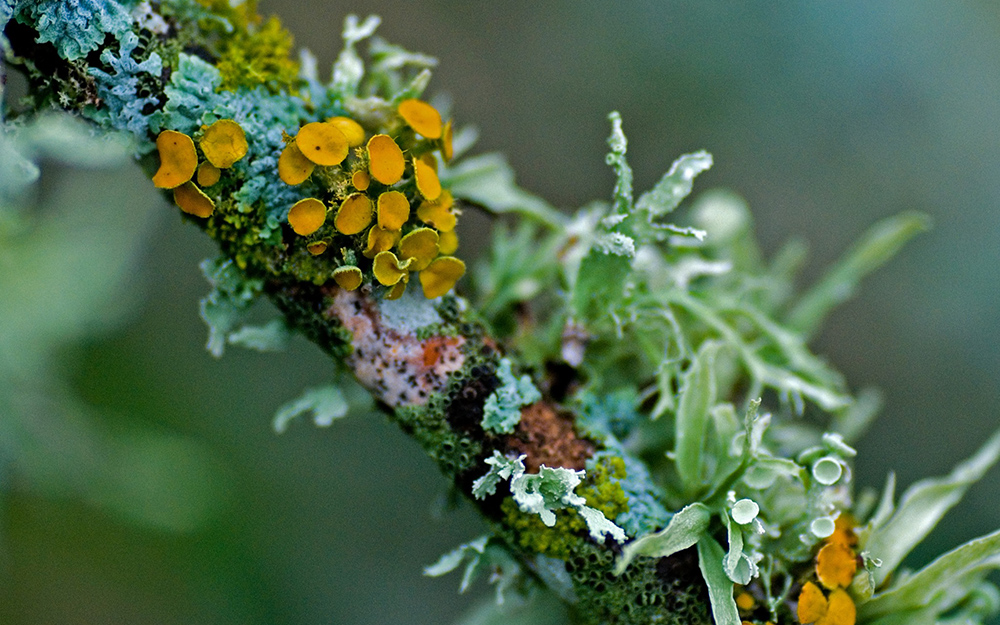 Three related research projects explore the normative dimensions of historical contingency and biological entanglement in various life sciences. The main goals are 1) to clarify the meaning of and relation between these two notions, 2) to explore and develop conceptual frameworks that can explain their relevance in various disciplines (especially experimental evolution and ecology), and 3) to show how these frameworks can be used in promoting more effective and ethical decision making in an increasingly human-impacted world.

This project investigates the meaning and implication of historical contingency in evolutionary processes. Dr. Desjardins’ doctoral and subsequent research focused on explaining how historical contingency implies that evolution is a path dependent process. John Beatty and Desjardins have been working extensively on this question and they continue to do so in the Replaying Life’s Tape project (Website coming soon!).

Desjardins has also been working in collaboration with researchers at the University of Munster to investigate the relation between historical contingency in experimental evolution and reproducibility. Experimental evolution involves systematically imposing a new selection regime to populations of organisms of a same species/strain to study the genetic and phenotypic basis of adaptations along with their evolutionary dynamics. But if the results of evolution experiments cannot be reproduced because of historical contingency, then does it mean that this experimental field is condemned to collecting anecdotal proofs of principle? Does it mean that experimental evolutionists are limited to inferences with low external validity? The answers are not as simple as one might think. It depends on what aspects of the evolutionary process is paid attention to and the experimental protocols put in place. Their conjecture is that the current standardization paradigm is not helping, but that systematic heterogenization of background conditions might in in fact tone down the inherent influence of historical contingencies and thereby increase the external validity of results obtained in experimental evolution.

This project looks at the implications of endorsing an ecological perspective for microbiome research and interventions and the conflicts that this brings to the current “bugs-as-drugs” paradigm. It emerged from a year of reading and discussion with members of the Biology, Philosophy and Evolution Discussion (BiPED) group and it has greatly benefitted from internal funding from the Rotman Institute.

Researchers from all walks have claimed that microbiome research opens new frontiers in biology. Some go as far as claiming a revolution and promise that the inclusion of the microbiome in medical and agricultural domains has “the potential to transform many scientific disciplines, to impact scholars in the social sciences, and to benefit the lives of citizens around the globe” (Blaser et al., 2016). Much of the recent microbiomic research thus encompasses instrumentalist goals to manipulate and introduce new microbiota to resolve various medical, social, and environmental problems.

But there are at least two contrasting ways of approaching this revolution. On the one hand, some researchers seem interested in ‘harnessing’ the power of microbiota by endorsing a bugs-as-drugs perspective where microbes are conceived as mere metabolite producing machines equipped with a kill switch. This bugs-as-drugs perspective presumes that we can simply introduce microorganisms that possess the right set of genes and related effect traits in order to create healthy organisms and functional ecosystems. On the other hand, many insist on the importance of an ecological approach that extends beyond understanding microbiota as a mere collection of microbes with discrete and predictable functions. This project focuses on this latter ecological approach and asks what it implies both for research and regulation. Taking an ecological perspective goes beyond recognizing that organisms form entangled heterogeneous ecological mosaics. It also urges us to reflect on the various challenges, both in terms of effectiveness and safety, that must be surmounted as one pursues the interventionist goals introduced above. Many of these challenges result directly from historical contingency and biological entanglement.

The aim of this project is to examine how to better integrate historical contingency and socio-ecological entanglement in the environmental impact assessment of disruptive technologies. In a recent collaboration with one of Desjardins’ former postdocs, Justin Donhauser, they explore this question in the context of ecological robots designed for ecological remediation. Environmental Biomimicking Robots (EBRs), i.e., robots that are used as proxies for natural organisms playing key ecological roles, do exist and various prototypes are in development. For example, the Reuter’s solar-powered and autonomous weeding robot developed to roam the fields and selectively spray pesticide to get rid of weeds in agriculture, the lionfish zapper developed by Robots in Service of the Environment to help protect coral reefs in, and the Wyss Institute autonomous pollinator robot that could be used in crop pollination (and many other applications).

This type of technology is still in its infancy and no prototypes have proven to be truly effective and economically viable solutions to the problems they are designed to solve. Yet, efforts to create (and use) these EBRs introduce many new and unprecedented ethical, ecological, and sociopolitical concerns, and once again historical contingency and biological entanglement are at the heart of these concerns. Biological organisms are complex and deeply entangled in their environments. They have multiple roles and interactions, some of them well known, but other more subtle, yet ecologically significant. These roles are the product of extended and contingent evolutionary and ecological processes. Expanding efforts to create robots to serve as organism proxies, and play select ecological functions, have a tendency to isolate and mechanistically reduce the biological organism to a very limited set of traits and functions. They also tend to ignore the fact that the assembly history of ecological communities matter. As a result, many EBR projects make a number of vague and sometimes doubtful promises and assumptions with regard to their contribution to ecological systems.