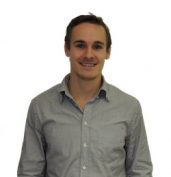 Adam is a third year philosophy PhD student at Western, studying theory construction in particle physics and foundations of quantum field theory. His interests extend to philosophy of physics more broadly, where he has written on interpretations of quantum theory and issues in cosmology. Much of his work uses the history of modern physics as inspiration for drawing methodological and epistemological lessons for current high energy physics, and even science as a whole. Adam is currently a member of the Rotman Institute steering committee, and is organizing chair for the annual Philosophy of Logic, Mathematics, and Physics graduate student conference.

The Higgs mechanism and superconductivity: A case study of formal analogies. D. Fraser and A. Koberinski. Studies in History and Philosophy of Modern Physics. Preprint/Journal

Schmidt number effects on Rayleigh-Taylor instability in a thin channel. A. Koberinski, A. Baglaenko, and M. Stastna. Physics of Fluids. Journal

My research interests lie mostly within the philosophy of quantum field theories (QFTs), though I have interests spread throughout other domains of physics as well. My first works have focused on the role and applicability of analogy as a method of idea transfer between areas within physics – specifically on the transfer of spontaneous symmetry breaking from condensed matter physics to particle physics. I will be researching the applicability of particle interpretations of QFTs, and whether or not particles can be reasonably said to fall within the ontology of typical QFTs.

Though QFTs are popularly thought to be incomplete, they are the current state of the art for understanding small-scale, high-energy physics, and are well enough established to warrant rigorous philosophical interpretation. Many issues with QFTs can serve as illuminating case studies for broader issues in philosophy of physics and philosophy of science in general: issues with the applicability of infinite idealizations serve as instances for debate on the nature of scientific explanation, as well as the role of mathematics in scientific theories.