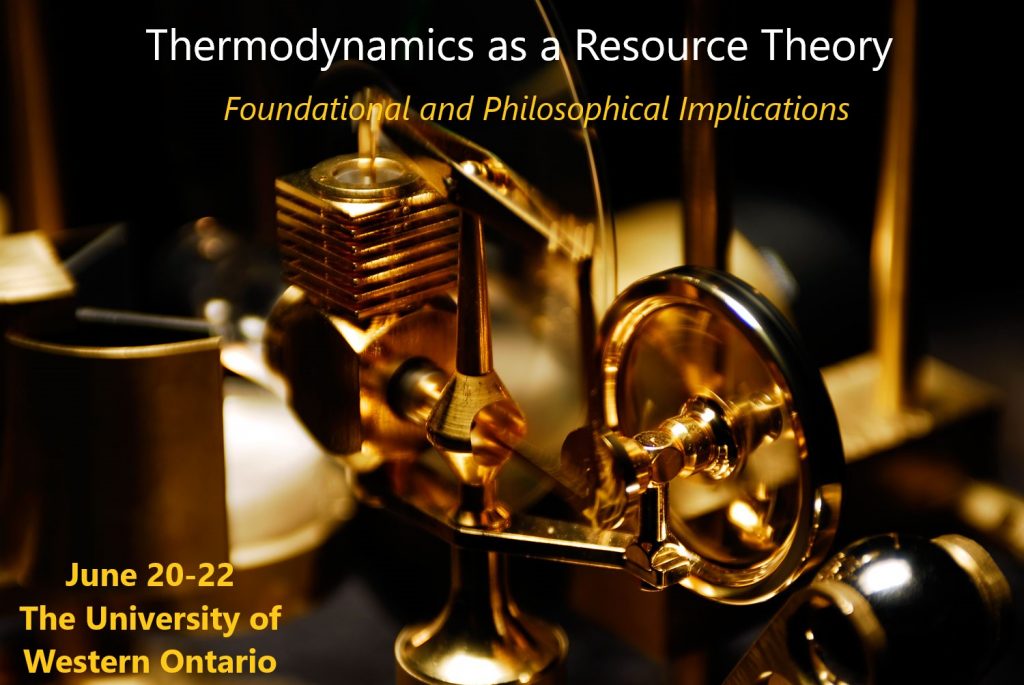 Thermodynamics as a Resource Theory: 2018 Annual Philosophy of Physics Conference

The Revolution will be thermalized.

Recently, there has been a shift in the way that many physicists are approaching the science of thermodynamics. Instead of regarding its laws as purely physical laws, researchers are increasingly treating the theory as a theory about how agents, such as ourselves, can use information about a physical system as a resource for extracting useful work from the system. Seen this way, investigations into the thermodynamics of quantum systems have a deep connection with work in Quantum Information Theory.

This interdisciplinary workshop that brings together philosophers and physicists to explore the philosophical and foundational implications of the resource-theoretic turn in thermodynamics. View speaker abstracts on the conference program.

This workshop is supported by the Social Sciences and Humanities Research Council of Canada, The Rotman Institute of Philosophy, The Department of Philosophy of the University of Western Ontario, the Faculty of Arts and Humanities of the University of Western Ontario, and by Graham and Gale Wright, who generously sponsor the Graham and Gale Wright Distinguished Professor Award.