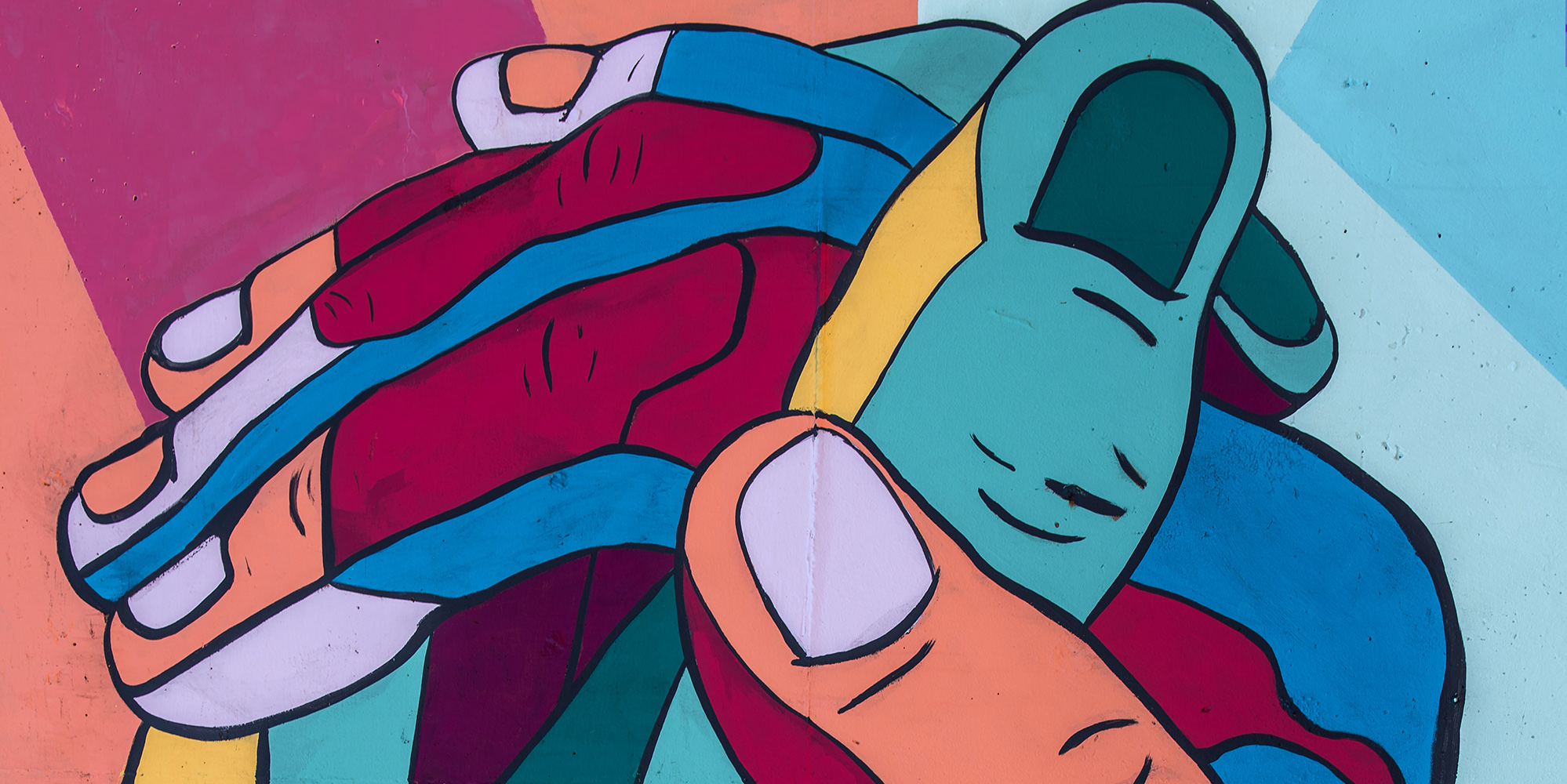 In the past year and a half, race and racism have been at the forefront of many people’s minds because of widespread Black Lives Matter protests and the disproportionately negative impact that the COVID-19 pandemic has had on certain racialized communities. But the underlying phenomenon is not only recent. For centuries, racialized communities across North America have faced social and environmental injustices. This series of public lectures examines the topics of race, racism, and environmental justice. It will include philosophical discussions about what race is, of how to and how not to respond to racism (e.g., through practices of “racial fraud” or racial passing), of racism as a source of vaccine hesitancy, and of environmental injustices that afflict Indigenous communities in Canada.

Each talk will begin with a presentation by the speaker, lasting approximately 60 minutes. Rotman Institute Associate Director, Eric Desjardins, will act as host and ask the speaker a number of follow-up discussion questions. Registered attendees will have the option to ask additional questions live via Zoom, or to submit questions in advance via email. We look forward to having an engaging discussion with everyone in attendance in this online setting!

This year’s talks will be held via Zoom webinar and will take place from 7:00 – 8:30 pm EST on Thursdays in October. Attendance is free, but advance registration will be required in order to obtain the link to join. Please see the tabs below to view talk abstracts, speaker profiles, and to register. To learn more about these topics, view suggested readings provided by each speaker.

Register to Attend What is Race?

Recent work among philosophers of race has been aimed at discovering the nature and reality of race among competent English speakers in the USA. However, nowhere near a consensus has been reached. In this talk, I defend an argument that provides a radical solution to this race problem. 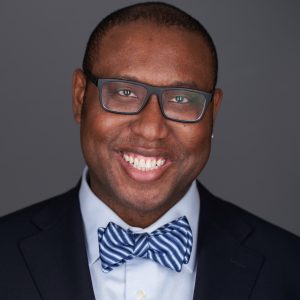 Quayshawn Spencer is the Robert S. Blank Presidential Associate Professor of Philosophy at the University of Pennsylvania.  He has published several journal articles and a book, all of which have been on metaphysical issues at the intersection of philosophy of race and philosophy of science.  His most cited article is, “A Radical Solution to the Race Problem” in a 2014 issue of Philosophy of Science.  Spencer earned his Ph.D. in philosophy at Stanford University in 2009, and also holds an M.S. in biology from Stanford and a B.A. in chemistry from Cornell University.  Spencer has won two Ford Foundation Fellowships, a National Science Foundation Grant (Award #: 1331110), and two Fleishhacker Foundation Grants to support his research.  Spencer has also given over 80 academic talks on the topic of race & biology, including many talks for professional biologists.  Spencer is also an Associate Editor for Biology & Philosophy and Philosophical Studies, and on the editorial boards of Critical Philosophy of Race and Ergo.  Spencer has one published book, What is Race? Four Philosophical Views (with Sally Haslanger, Chike Jeffers, & Joshua Glasgow, OUP 2019), and one forthcoming book, The Race Debates from Metaphysics to Medicine (OUP).

Despite the attention given to the many recent cases of racial fraud, little has been said about what distinguishes these cases from those such as Rev. Jesse Routté – a Black American pastor – who, in 1947, put on a turban and an Indian accent when travelling in the American south. Racial fraud is assumed to be morally wrong, but Routté’s case doesn’t seem to be obviously so. I argue that racial fraud is distinct from, what we might call, mere racial passing. Both involve a self-conscious choice to alter one’s racial identity, but, unlike racial passing, which is a way of evading racial oppression, racial fraud actually works to entrench racial oppression. In fact, racial fraud is wrong precisely because of this moral asymmetry. 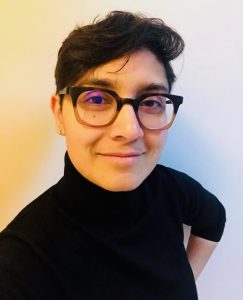 Professor Krishnamurthy is a political philosopher who works on race, democracy, and social movements. She is currently writing a book (The Emotions of Nonviolence) and a series of related papers on Martin Luther King Jr.’s political philosophy. Her work is about King’s views on the role of the political emotions in motivation to end racial injustice. It explores how he used the various tactics of the civil rights movement (protest, images, letters, and oratory) to engage these emotions and to overcome some of the barriers to political action. As a mother of a white passing child, she also has special interests in the ethics of racial passing. 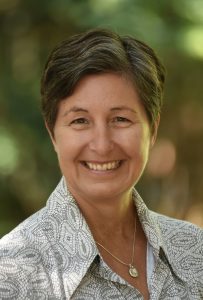 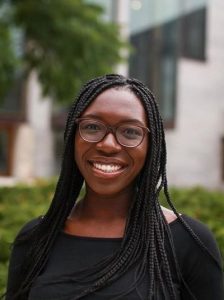 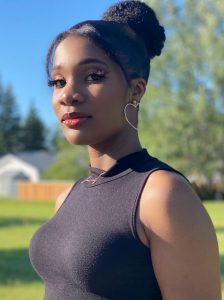 Carolyn McLeod is Professor and Chair of the Department of Philosophy at Western University and a recently named Fellow of the Royal Society of Canada. Her areas of expertise include feminist philosophy, bioethics, and moral philosophy. She is internationally recognized for her work on the ethics of reproduction, parenthood, and adoption, and on key concepts in moral philosophy such as trust and autonomy. Her current research concerns the politics of distrust and belonging for marginalized social groups, including racial groups.

Kharissa Edwards recently received her Honours BSc at Western University in Biology & Medical Sciences, and she aspires to be a bioethicist or health lawyer. More specifically, she wants to pursue a career that tackles racial health disparities and exploitation in medicine. She formerly held the post of VP Communications for Western’s Black Students Association. During the summer of 2021, she completed an Undergraduate Student Research Internship (USRI) that focused on race and vaccine hesitancy and was supervised by Prof. Carolyn McLeod.

Sinéad Osivwemu is a third-year honours undergraduate student at Western who specializes in Genetics and who also has research interests in bioethics and the philosophy of race, culture, and ethnicity. She is the current president of the African Students’ Association, Vice President of Communications for Step Above Stigma, and Vice President of Events for Western Future Black Physicians. During the summer of 2021, she completed an Undergraduate Student Research Internship (USRI) that focused on race and vaccine hesitancy and was supervised by Prof. Carolyn McLeod.

What does it mean to “live well” with the Earth in face of climate/ecological crisis? What considerations are foundational for achieving Indigenous climate justice and planetary health?  Indigenous legal and knowledge systems inform Indigenous derived solutions in support all of all life.  I will explore how nature based solutions informs Indigenous climate leadership that in turn informs our collective and sustainable future. 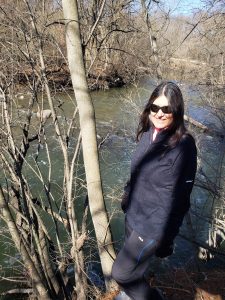 Deborah McGregor (Anishinaabe) is from Whitefish River First Nation, Birch Island, Ontario. At York University, she is joint faculty with Osgoode Hall law and Environmental Studies & Urban Change and is Canada Research Chair in Indigenous Environmental Justice. Professor McGregor’s research has focused on Indigenous knowledge systems and their various applications in diverse contexts including environmental and water governance, environmental justice, health and environment, climate change and Indigenous legal traditions. She remains actively involved in a variety of Indigenous communities, serving as an advisor and continuing to engage in community-based research and initiatives and has been at the forefront of Indigenous environmental justice and Indigenous research theory and practice. She is co-editor of Indigenous research: Theories, practices, and relationships, Indigenous Peoples and Autonomy: Insights for a Global Age, the Anishinaabewin conference proceedings series. Her current projects focus on “Indigenous Environmental (In)Justice: theory and practice” and “Indigenizing self determined climate change futures”.  Her work has been shared through the IEJ project website https://iejproject.info.yorku.ca/and UKRI International Collaboration on Indigenous research https://www.indigenous.ncrm.ac.uk/.