A recent BBC documentary profiles the extraordinary work of Western’s Dr. Adrian M. Owen on detecting unrecognized awareness in individuals diagnosed as being in a vegetative state (VS). Owen and his research team have developed a way for patients who are behaviorally non-responsive, and so incapable of revealing overt signs of awareness, to show that they are aware and potentially able to communicate with family and physicians. By placing these patients in an fMRI scanner, and asking them to imagine playing tennis or walking from room to room in their house, Owen has been able to detect and reliably track activation in distinct areas of the brain, and use this as a proxy for the patient’s inability to behaviorally respond to commands (Monti et al 2010, Boly et al 2007, Owen et al 2006). In this way, participants who were previously believed to be completely non-responsive have shown that they can, in fact, respond to instructions by modulating their brain activity. In the most robust study to date, 4 of 23 patients (17%) previously diagnosed as being in VS were identified who could willfully modulate their brain activity. 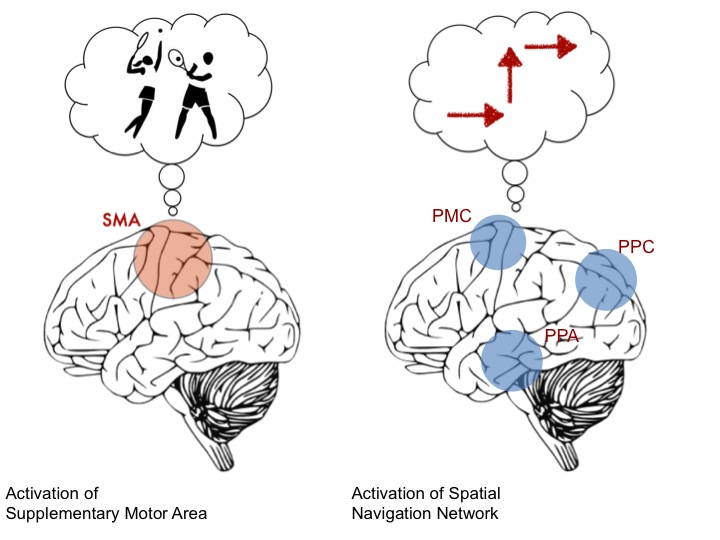 Moreover, by using a slight modification of the above protocol, Owen’s team has been able to meaningfully communicate with at least one reported patient who has been diagnosed as vegetative for approximately 5 years. This patient successfully responded to questions regarding the name of his father, whether he had any siblings, and the last country he visited prior to his injury. This was done by coding the imagined activities of playing tennis and moving from room to room in one’s house with the respective answers ‘yes’ and ‘no’ (Monti et al, 2010). The BBC documentary is especially exciting since it debuts the unpublished use of this technique in a Canadian patient by asking whether or not he is in pain. In January 2012, members from the Rotman Institute of Philosophy and Owen’s lab came together to form a collaborative group with the aim of tackling pressing ethical questions in this research and developing an ethical framework for integrating brain-computer interfaces (BCIs) into medical practice (Naci et al 2012). Comprised of philosophers canadian pharmacy cialis

rotman.uwo.ca/who-we-are/our-members/charles-weijer/”>Charles Weijer, Andrew Peterson, Adam Shriver, and Mackenzie Graham from the Rotman Institute, and neuroscientists Adrian M. Owen, Damian Cruse, Lorina Naci, and Davina Fernández-Espejo from the Brain and Mind Institute, this group meets regularly to address such problems as appropriate first questions to be asked of patients once awareness has been detected, assessment of decision-making capacity in this patient population, and using patients with disorders of consciousness as participants in more invasive research. Working closely with Owen and his research team has revealed the difficult ethical challenges their work presents, as well as the important role that philosophers will play as this research is further refined and eventually integrated into a clinical setting. Two manuscripts dealing with some of these ethical challenges have already been written and will be submitted shortly for publication. Additional manuscripts have been planned for 2013.

One issue that has been the focus of recent discussion is the ethical obligations Owen’s research team has to the families of patients. Interactions with participant’s families, especially in this complex research paradigm, can be mentally and emotionally taxing both for Owen’s team, and the families themselves. Understandably, the families of participants are anxious for any information they can get about the condition of their loved one. Although Owen and his team are engaged in research (and thus their primary aim is not treatment), they see the importance of providing whatever benefits they can to the patient and their families. Yet as at least one critic has pointed out, they are scientists not physicians, and so disclosing individual research results may not be permissible. Owen and his team find themselves with the dual role of researchers on the one hand and providers of potentially significant health information on the other; properly balancing these roles in their interactions with patients and their families has so far proven to be a difficult challenge.

At a recent conference at the Cleveland Clinic, two members of this collaborative team presented responses to some of the ethical questions arising from Owen’s work, including a potential model for establishing reliably decision-making capacity in this patient group, and the ethical obligation (and a fortiori, permissibility) of researchers to provide individual research results to families in this context. There was a tremendous interest in the ethical implications of Owen’s research, as well as a healthy dose of skepticism about its application in a wider context. For those interested in these emerging problems, you are strongly encouraged to look into the recently released BBC documentary, as well as the numerous interviews and online lectures Owen has provided.