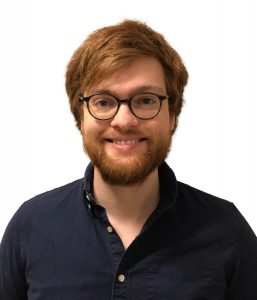 Nick Stark was born in Guelph, Ontario and attended high school at the University of Toronto Schools. He holds bachelor degrees in classics and contemporary philosophy from the University of King’s College in Halifax, Nova Scotia, and mathematics and computer science from McGill University in Montreal, Quebec. His research has been concerned with the experimental nature of mathematics and its implications for physical theories. He is also interested in the philosophical foundations of quantum mechanics, the nature of spacetime, and the impulse to find a grand unified theory of physics. He is currently pursuing his MA in philosophy at the University of Western Ontario and expects to graduate in spring of 2021.

Nick wrote his undergraduate thesis on the role of thought experiments in mathematics, in reference to ancient Greek mathematics and the work of Imre Lakatos. He has also written on the implications of Gödel’s Incompleteness Theorems for the formulation of physical theories.

In addition to further exploring these topics, Nick is interested in the philosophical foundations of quantum mechanics, particularly the significance of the relational model offered by Carlo Rovelli and Federico Laudisa. A parallel research question is the locality of entropy and time’s arrow. Nick is also interested in the ontological aspects of the general theory of relativity, the assumptions implicit in scientific computation, and the quest for the unification of physics.